After meeting on an online dating app in April 2014, both David Cummins and Sergio Da Rocha would be flying high with a proposal over the skyline of Miami and a sunset backdrop to complete the breath-taking romance of the scene.

It was on the couple’s ‘big annual’ holiday in July 2016 to Miami, after being together for two years that David, known to friend’s and family as Baily, decided to rent a small plane to fly the two over Miami, where he took the opportunity to pop the question, with Sergio immediately saying yes.

“We flew around the Miami skyline and headed up to North Beach and headed down the coast to South Beach. Here, as we turned west, and the sunsetting behind us in the east, I proposed” David recalled.

Once back on land, the pair went to celebrate with friends, now both engaged and still riding high off the magnificent moment.

The wedding took place July 7, 2018 at City Hall, Dublin, followed by the reception at Killashee House Hotel in Naas, Co Kildare, with Siobhan Walls as the humanist for the ceremony. The perfect pair used cars provided by Absolute Limo to get the locations with style and pizazz.

The photographers for the day were Joe and Georgia from Root and Branch located in Belfast, with the couple noting how seamlessly the photographers style blended with the big day. The videographer was Sinead from Under the Apple Tree, who despite being eight months pregnant did a spectacular job capturing all the special moments.

The guy’s stylish suits were gotten at Ziggi Menswear located in Birmingham, UK, while the groomsmaid’s dresses were from Rosies Closet, Newry, UK. Skin care was provided by Rosanna Crothers, hair was done by Rob Hynes and finally the make-up was done by Louise Dunne and Becky Keane.

Beverly at Amazing Cakes was the one behind the couple’s five-tier cake, with Catherine O’ Donnell providing the show reel that was projected onto the plain white cake. Marry Smith from Finesse Weddings provided the eye-popping room decorations.

Music for the ceremony was provided by Jenny Dowdall (cello players), Geraldine O’Doherty (harpist) and Mark Duff (opera sing), while the reception music was helmed by the band Eden Weddings, who also supplied the DJ.

Other entertainment for the special day included firebreathing and drumming supplied by Ember Agency during the reception and The Hit Machine, an Irish rock n’ roll drummer group.

“Our number one priority was to get the entertainment and food right as these are things people seem to take away from weddings, and we don’t feel we disappointed.” David explains.

Throughout the day the couple had many magical memories to choose from, such as touching speeches from the best men and David’s father, however, they had one that was special to both of them.

“The most memorable special moment for us both is, as cliché as this might sound, was standing face to face making our vows and joining our lives together. This moment we will cherish forever.” The David reveals.

Other special moments from the day include their cake, which was ‘ever changing’ due to a show reel that was projected onto it and walking down the aisle together holding hands.

“Don’t get into debt would be our biggest advice, although we took a small loan for the honeymoon afterwards, we didn’t get into debt for the day itself and that is majorly important for any couple we feel. Decide on the style of wedding you want and listen to your gut.” David says, offering his advice to other couples planning to affirm their love to each other like he and Sergio did. 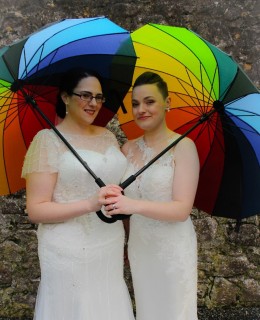 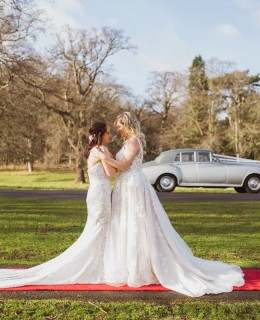 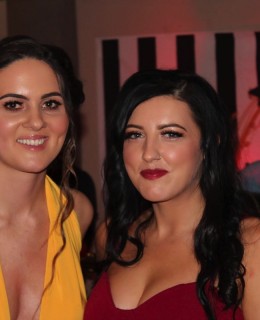